America, is it finally time?

The United States has suffered from a string of mass shootings that have occurred in churches and schools alike. As some call for gun control, others look to arm university police. 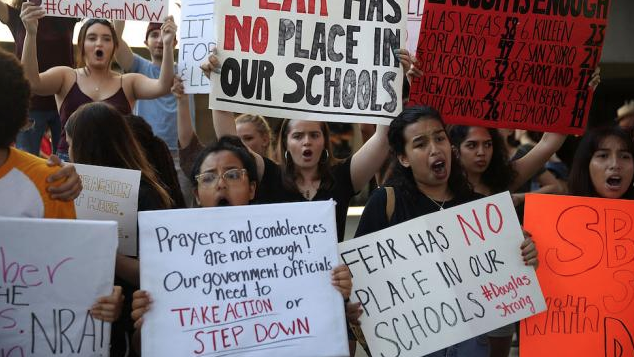 Two hundred and thirty-eight. That’s the number of school shootings that occurred since Dec. 14, 2012, when a small town in Connecticut felt the violent impact of a gunman who claimed the lives of twenty innocent children and seven adults. A total of 121 victims had lost their lives in school shootings since, according to The New York Times.

Up until last week.

Last Wednesday the nation watched and mourned as reports poured in from Parkland, Fla. about the 239th school shooting since Sandy Hook. Seventeen people were killed in this most recent attack. One teacher died trying to lock the door of his classroom. A fifteen-year-old student perished holding open a door for others to evacuate. Now the number of deaths has risen to 138.

The question many are asking: at what point will these school shootings spark change instead of being looked at as another statistic?

“There’s nothing stopping anyone from just walking in and adding Suffolk to the list of school shootings,” said Vice President of Rampage Show Choir and Social Media Manager of the Performing Arts Office Kevin Landers in a recent interview with The Suffolk Journal.

The United States’ history with gun violence is far-reaching. Americans own 270 million firearms, around 90 weapons for every 100 people, according to the Giffords Law Center to Prevent Gun Violence. The United States has a gun homicide rate that is 25 times more than other countries such as Denmark and Germany. On any given day, four Americans per hour will die by a gun, according to the Centers for Disease Control.

One response at Suffolk appears to be increased support for equipping members of the Suffolk University Police Department (SUPD) with firearms. Currently, none of the 29 trained, full-time sworn officers are armed.

A student survey conducted by the Student Government Association and scheduled to be released later this week was obtained by The Journal. In the survey, 53.45 percent of those who answered the question about arming SUPD said they would “definitely” or “probably” feel safer if university police were armed. In comparison, 35.18 percent said they would “definitely” or “probably” not feel safer.

Support for the proposal to arm officers has jumped since 2009, when a similar survey asked Suffolk students if they believed SUPD should be equipped with firearms, according to SGA President Dan Gazzani in a recent interview. Gazzani told a Journal reporter that an “overwhelming” amount of students were against arming SUPD per documents from the 2009 survey.

SUPD has often worked with Boston Police Officers to communicate strategies and procedures necessary to prepare for an event of such magnitude. But it is clear that support for arming the officers is gaining favor.

“I got going on a draft of a resolution to put this into action,” Redznak told a Journal reporter in a phone interview on Monday. “We had an open forum that any student could come to. We had SUPD there, Boston PD there. I drafted up a rough resolution based on that.”

Redznak and those who support his proposal insist that safety is their top priority. University police officers often put themselves in compromising situations, such as when escorting students through the Boston Common or Downtown Crossing at night.

While his primary concern is safety, Redznak also said that arming SUPD officers will give them greater legitimacy in the eyes of both students and the public.

“I think our officers get kind of overlooked as second-class officers,” said Redznak. “I know they’re the subject of a lot of jokes and stuff. I think part of what this resolution does is send a message that our officers are to be taken seriously, as seriously as they are on other campuses.”

Across campus, some students reflected Redznak’s position. Freshman Chris Anderson told Journal reporters that he believes arming SUPD would provide a sense of safety to students, and would be adequately prepared to handle any situation at Suffolk.

“We’re in downtown Boston, and there’s a lot of suspicious charters that I walk by everyday,” said Jack Graves in a recent interview with The Journal. Graves is a sophomore majoring in law who supports arming SUPD officers. “My roommate and some other friends saw someone get shot across the street.”

Not everyone has shown support for arming SUPD. Some students interviewed by The Journal expressed apprehension when faced with the prospect of armed officers on campus. Some questioned the necessity, while others believed it could lead to heightened tension of interactions with the officers.

“I don’t want it to be escalated,” said Psychology Club President Mykala Luk. “We’ve seen how bad things can go with police officers with guns. I feel like at a school there’s too much to risk. Not that they’re unqualified or anything, but I feel like it’s too risky.”

Others expressed doubts following a spate of negative interactions between police and people of color.

“We have qualified officers who are already conducting so much police brutality [nationwide]. It would make me uncomfortable,” said Leighsandra Sheppard, vice president of Sisters on the Runway. “And I know it would make the black community at Suffolk uncomfortable.”

Not every student was so clear cut in their answers. Some saw the merits of both sides, trying to balance the need for a safe atmosphere with a general unease about firearms on campus. A smaller percentage of 11.37 who answered the question in the SGA survey regarding arming SUPD answered that they “might or might not” feel safer.

“I’ve mulled it over and had discussions with several people about it, and there are good arguments for and against it. And I don’t just say that to say that, I say that because on one hand, SUPD are trained professionals,” said Matthew Cubetus, president of the Suffolk University College Democrats.  “That being said, I don’t see the necessity for them to have them.”

Whether or not the issue will become divisive as the process continues remains to be seen. Redznak assured Journal reporters that the process will be a transparent one, drawing on comments and feedback from students, faculty, and administrators. 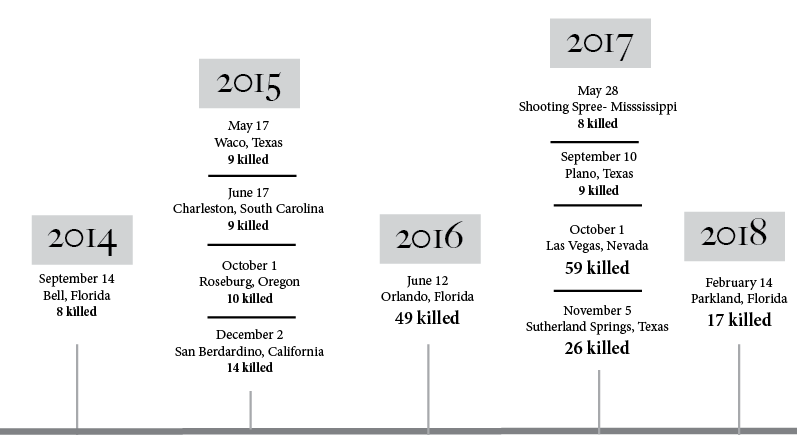 “We were elected to represent the students. I know this is my bill, but if the general consensus is no, we have to respect that. At the end of the day it’s about the students. So if they’re not comfortable with that yet, then there’s really not a lot that we can do.”

But for some, including sophomore Aaron Hebron, the decision to arm campus officers is a clear one.

“Living and going to school in the middle of the city, there’s a lot of things that could go down really quickly,” said Hebron in a recent interview with The Journal. “It only takes a second for someone to harm you with a gun. The police will get here fast, but not fast enough. If SUPD were armed, we’d have more protection.”