In a Suffolk cafeteria, far far away… 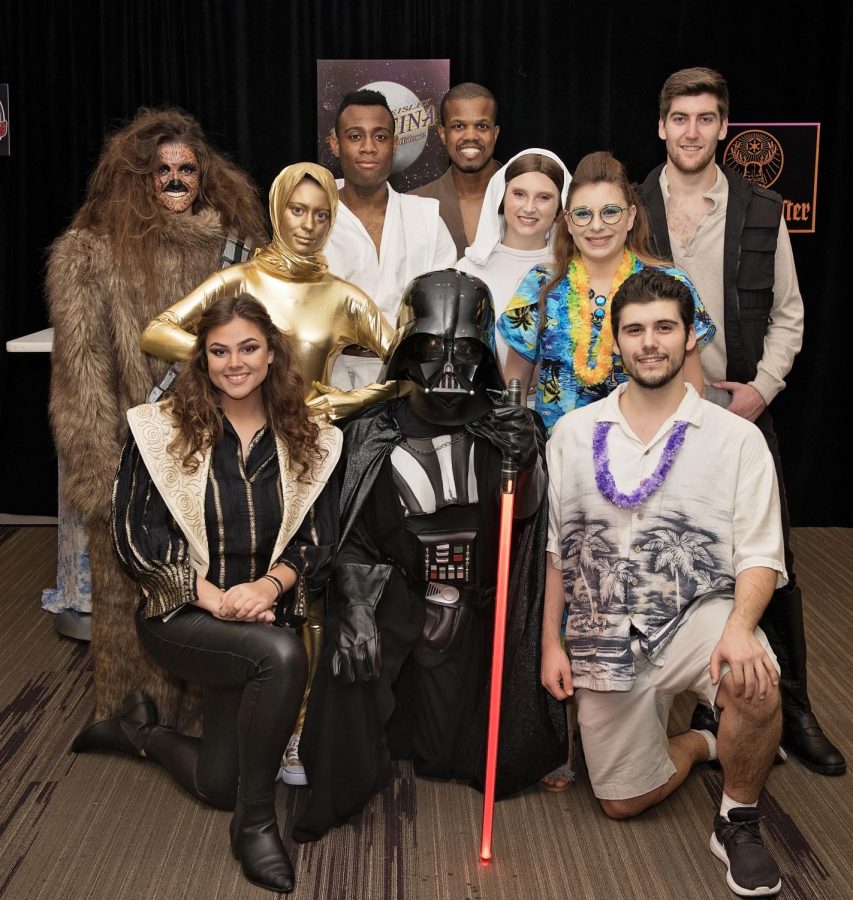 In a society driven by instant gratification, it’s easy to get swept up in the dramatics and dissatisfaction when something is not put into not-so-patiently waiting hands.

Such is the millennial lifestyle.

Those who grew up in the digital age, so to speak, have come to rely so heavily on technology, that a borderline dependency has occurred. It’s needed for art, entertainment, math and scientific discovery, yet when it’s needed to work immediately and it doesn’t perform in the desired way, the first reaction is disdain and disappointment.

At Suffolk University, students and faculty alike have come to appreciate the technology at immediate disposal. Broadcast journalism students have access to digital cameras and editing software, biology and chemistry majors have access to various lab equipment and the theater and performing arts students are dependent on microphones and speaker systems to help deliver their lines and lyrics. Yet when a piece of respective technology fails, it becomes a disappointment on all fronts.

For Suffolk’s Performing Arts Office, the students who participate in productions like the annual Dinner Theatre, performers know and expect equipment to work in order to deliver top quality performances. What was incredibly disappointing was the lack of audio that was prevalent in this year’s 9th annual Dinner Theatre “Star Wars Episode: Murder.” A murder mystery set to a spoofed Star Wars installment, the plot followed classic characters Indie Solo played by Logan Ausmus, Princess Diana by Summer Erickson, Duke Crytalker by Donovan Skepple and Darth Padre Kemal Beyaztas as they try to solve the murder of Kobe-Wan Kenobi by Jonathan Smalls.

Well-cast, the production had everything from soup to nuts – literally. A three-course meal provided by Sodexo was interspersed between acts of comedy and singing. Yet, the ultimate downfall was ironically enough, the lack of audio. Spoofed songs from hit films like “Moana” and “Frozen” were difficult to understand as the lyrics from the characters were drowned out in the booming melodies from the sound systems.

Performing Arts Office Assistant Director Kathy Maloney told The Suffolk Journal that the use of single microphones is difficult in performances like Dinner Theatre due to the competing feedbacks between the microphones and speakers, which would be a drawback and interruption to the performance itself. An understandable limitation to an otherwise spectacular performance, it was disappointing when the actors were not able to display their range of artistic abilities due to a lack of sound.

According to Maloney, microphones also prohibit the very nature of a Dinner Theatre performance. Designed to be an intimate experience between actor and audience, microphones disrupt the otherwise personal interactional asides done by supporting cast members during an obvious monologue, conversation or song. Maloney also said that, while other potential spaces like the Modern Theater which is owned by Suffolk University, would work in terms of decent audio and space for performance, she said it’s nearly impossible to book the space for the performance’s essential week-long rehearsal, due to a packed schedule on the theater’s part.

Yet, as an audience member, no matter how busy the scene or intense the conversation, it’s always necessary to emphasize the narrative by enhancing the experience with audible conversation.

Complete with groan-worthy “dad jokes,” from Darth Padre himself and allusions to various Disney and other iconic film references, the performance itself was entertaining and the

hardwork done by those in the show was obvious as the night wore on. Ram Cam productions assisted in digital visuals that helped thicken the plot and coaxed the narrative along.

While the reliance on the audio didn’t seem to be an issue for the talented performers, it was plain to see how much time and effort the production team put into the evening. Despite voice projections from cast members over the surround-sound speaker system, the enthusiastic and committed actors gave a phenomenal performance.