Bruins return to playoffs, set to face Ottawa Senators in first round 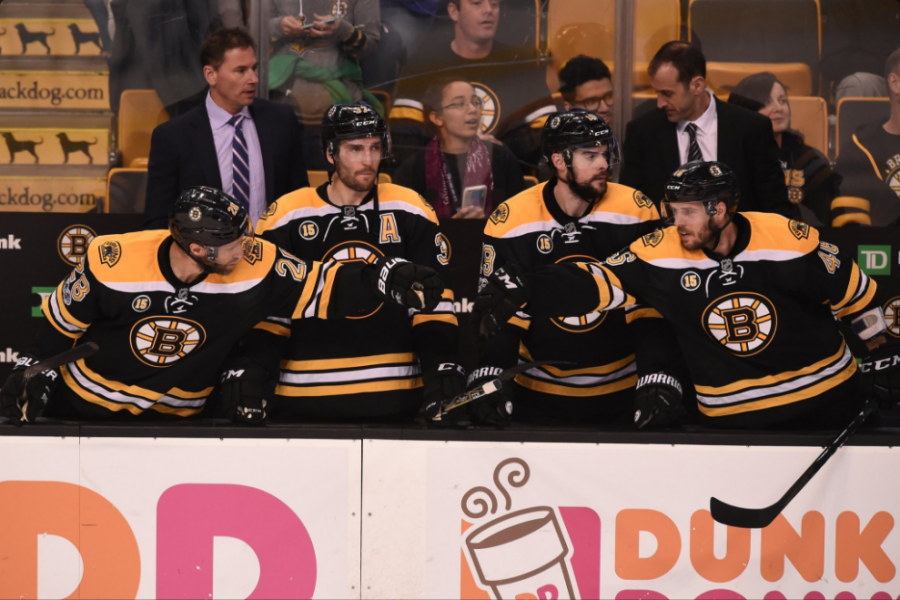 After a two-year postseason absence, the Boston Bruins are officially back in the Stanley Cup Playoffs this year.

The Bruins will open the postseason with the first two of a potential seven-game series on the road to face the Ottawa Senators at the Canadian Tire Centre on Wednesday with the puck set to drop at 7:00 p.m.

The Bruins had a taste of playoffs in their last two home games of the season against the Ottawa Senators last Thursday and the Washington Capitals last Saturday. In both games, the Bruins lost to two possible matchups they were predicted to face in the playoffs last week. During the season, both the Senators and Capitals each defeated the Bruins for a several game series sweep. With help from the Columbus Blue Jackets in their 3-2 win over the Toronto Maple Leafs on Sunday night to finalize the National Hockey League (NHL) playoff schedule, the Bruins now face the lesser of the two “evil” teams as the Capitals finished another season as the league’s best team with a 55-19-8 record.

For the past two seasons, it took the Bruins 82 games and a leap of playoff hope from the hockey gods to qualify for the playoffs. The Bruins missed the playoffs by two points in 2015 and by one point in 2014, which ended a seven-year consecutive playoff appearance since the 2007-08 season under former 10-year Head Coach Claude Julien.

It looked to be another short year  when the Bruins dropped five consecutive games toward the end of March with very few games remaining.

But, the Bruins did it– and it only took them 80 games this year to clinch a playoff berth after last Tuesday’s 4-0 shut-out win over the Tampa Bay Lightning at TD Garden.

On the game win and the Bruins return to the playoffs, goaltender Tuukka Rask, who collected his 28th shut-out of the season with last Tuesday’s game win, said in a post-game interview to reporters that: “I think the city deserves it. The organization deserves it and we feel like we deserve it, too.”

Forward Patrice Bergeron thinks the Bruins have taken the playoffs for granted in years past.

“[The playoffs] seems like it’s definitely something that you have to appreciate,” said Bergeron in a post-game interview to reporters. “It’s been two years. It’s been a long time coming for us. There are a lot of guys in this room that haven’t had a taste of it yet.”

To win the series best to advance to the next round, the Bruins need to score that extra goal to lead early and build off of that momentum. On average, the Bruins score 2.83 goals per game and they have a 34-0-2 record after leading two periods heading into the third.

The Bruins have forward Brad Marchand’s offense to look forward to after he faced a two-game suspension for spearing Lightning defenseman Jake Dotchin last Tuesday night. However, the Bruins can anticipate a fight from Senators goaltender Craig Anderson as he has a 2.35 goals-against average in the playoffs, again, the Bruins need to produce.

Marchand, who finished a career high of 39 goals this season, acknowledges that the Senators are a “very tough” and “great” team and looks past the team’s 0-3-1 series record against Ottawa to start fresh in the playoffs.

On the series face-off, Marchand said to reporters that: “We’re all in the same exact position. We’re all zero-zero, no wins, no losses, and we’re fighting for our lives.”