Robyn Ochs gets Suffolk beyond the binary 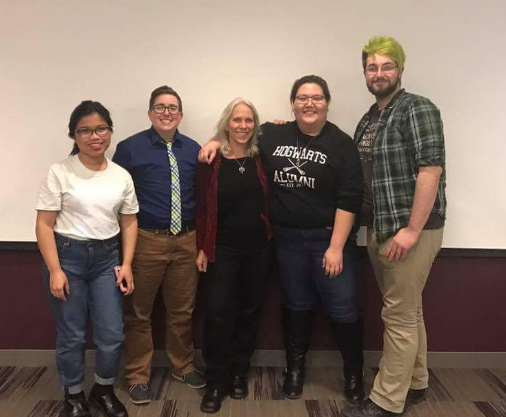 Invited by Suffolk’s very own Rainbow Alliance to be the keynote speaker for International Women’s Day, Robyn Ochs appeared at Suffolk University Wednesday evening to present her interactive workshop Beyond Binaries: Identity and Sexuality.

Ochs’ work has not only brought her across the country, but around the globe where she has strived to impart one lesson to the people she has encountered; to uniquely value each individual’s definition of their identity.

“When someone shares their identity with you it is a doorway to information,” said Ochs. “You can knock on the door and ask if they would like to share what that means to them. I try to remember, the information they share is a gift.”

According to Ochs, the way people are attracted to one another is very different from person to person. Ochs said sexual orientation identities are only one aspect of a person’s identity, and intersectionality is a term that can’t be ignored when understanding what identities mean to individual people.

In order to teach participants about the complexities of gender and sexuality, Ochs’ workshop and subsequently conducted anonymous survey examined identity in regard to sexuality, gender and attraction. Ochs first broke down and explained the common assumptions of sexuality to make sure everyone of the group’s participants were on the same page. From there, participants were able to understand what the data from the survey meant.

The most widely recognized and available measures of sexuality were created by Dr. Alfred Kinsey, Dr. Fritz Klein and Dr. Michael Storms. Each scale invented by these professionals proved to be helpful to understanding sexuality in a binary system. While certain aspects of this research proved beneficial, they were unsuccessful in comprehending the full scope of sexuality.

For many years, Ochs has been a staunch supporter of queer and transgender rights. She has won multiple awards such as PFLAG’s Brenda Howard Award, the National LGBT Task Force’s Susan J. Hyde Activism Award and the Harvard Gender and Sexuality Caucus’s Lifetime Achievement Award. She has also been credited with coining the definition of bisexuality, being the romantic or sexual attraction to people of similar or different genders.