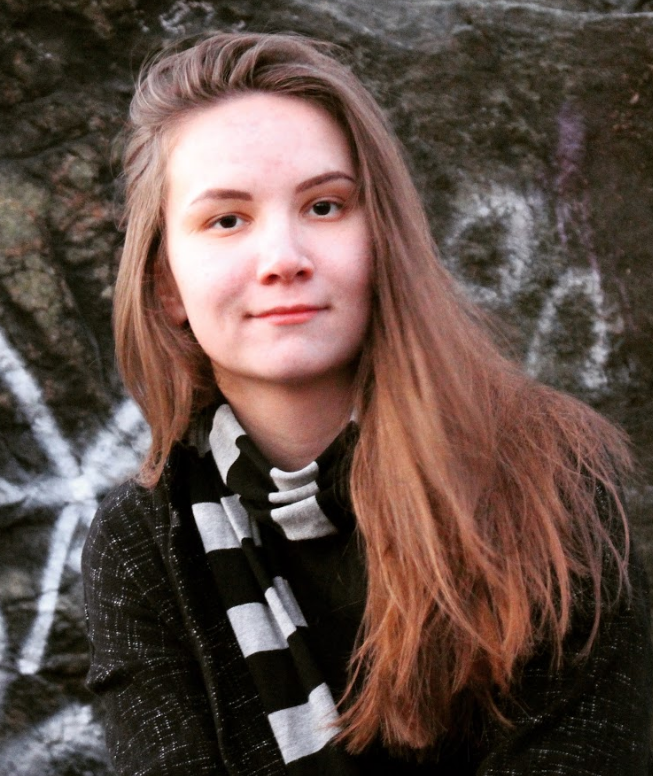 With the hype that surrounds the natural environment and the growing concept of climate change, it’s difficult to bring people together in a serious way to discuss the issues that affect the immediate future. Some would rather turn a blind eye and refuse to commit to the existence – or lack thereof – of the current status of the planet.

Perhaps the best way to communicate the potential outcomes that might stem from the current course of human action on the planet is through art.

Suffolk junior theater major Kseniia Kamalova was recently nominated for a Planet Earth Award at The 2017 Kennedy Center American College Theater Festival for her 10-minute play submission, “Full of Life.” This award is reserved for those who address issues of climate change, the environment and surrounding issues of urgent concern. In her production, Kamalova draws attention to the concept of ultimate world destruction and the potential loss of the entire human population.

In a recent phone interview, Kamalova told The Suffolk Journal that her original intent of the play was to complete an assignment for her playwriting class offered by the theater department. The class was instructed to write a 10-minute play to submit to the festival and out of her small class, Kamalova was the only one to be nominated for an award.

Kamalova and the rest of her peers had the opportunity to study with accredited playwriting professional, Professor Kate Snodgrass. A former Kennedy Center American College Theater Festival National Chair of the Playwriting Program, Snodgrass currently serves as the artistic director of Boston Playwrights’ Theatre and is a professor of the Practice of Playwriting at Boston University.

According to Kamalova, she originally set out to create a thought-provoking piece, but did not intend to invoke certain emotions regarding the environment.

“People make plans for the future, but I mean we don’t know what’s going to happen,” said Kamalova to The Journal about what she feels her play is about.

In a real sense, Kamalova is correct in the idea that the future is a mystery and an impossible puzzle to solve.

Kamalova’s play depicts the final conversation between what appears to be two people who remain nameless throughout the play and have managed to separate themselves from the rest of the world’s population. In what seems like a seemingly normal chat, the two discuss their life ambitions, their future plans and reflect on their childhood memories. It seems as though the pair is unbothered by a slowly decreasing number on a monitor that supposedly represents the size of the living human population. What is causing the decrease is unclear but both parties seem to have accepted the impending doom.

Like Kamalova said, the future is fickle and despite all efforts to alter what people assume their future should or should not be, no one knows what the ultimate outcome will be because the only sure thing in life is death.

What Kamalova does excellently is portray death as an easy and forgivable event. The nameless characters in the play represent the human race and the house with which the scene is set in represents the world we live in. The pair, although not shown as intimately involved, carry pleasant and cheery conversation and have accepted the outside world for what it is. They have made no effort to change what happened in the world that is outside their bubble and have seemingly moved on to something more interesting.

While this kind of relaxed ideology is not the current social norm, it acts as a wake-up call to the world in the sense that it provides audiences with an alternate, yet very obtainable future.

Perhaps Kamalova did this on purpose for an audience to ponder the actual cause of imminent destruction. Ignorance to scientific fact, or maybe the general hubris that comes with being part of the human race was what lead to the final day of human existence.

What is a potential positive note to carry through life however, is that while the future is uncertain, the constant concept of cause-and-effect is always present. Once the human race accepts certain scientific facts and understands their role in protecting and preserving the environment, the immediate future should be relatively simple to comprehend and predict.

The 2017 Kennedy Center American College Theater Festival started in 1969 and is a national theater program involving 20,000 students from colleges and universities nationwide annually. For updates on the competition visit http://www.kcactf1.org/.