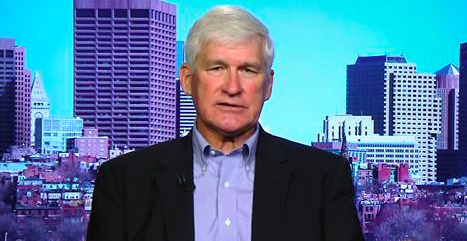 For the past few decades, America’s involvement in the Middle East has been a large source of tension and controversy. It has led to the death of numerous soldiers, civilian casualties and the destruction of neighborhoods and communities.

Recently, Dr. Andrew Bacevich, Boston University professor and New York Times best selling author, condemned the United States’ war actions over the past six decades in his speech America in the ‘Middle East: Alliances and War’ at the Suffolk University Law School. Bacevich’s presentation was put together by World Boston, an organization dedicated to increasing awareness about global issues.

Bacevich’s speech centered around his book, “America’s War for The Greater Middle East: A Military History.” He spoke about how his book outlined the ways in which the U.S. has acted in the past, such as in the Vietnam War, and how history is in many ways essentially repeating itself today with U.S. foreign military policy.

Many people tend to wonder about what it is that should be done about ISIS, and Bacevich noted that that was the wrong question to be asking when it comes to addressing ISIS.

“What to do about ISIS is a non-trivial question, but it is of far less significance of others that have too long gone largely ignored,” said Bacevich. “Does waging war across a large suave of the Islamic world make sense? Is that war winnable in any meaningful sense, and if not why are we there? Is there no alternative?”

The central theme of Bacevich’s presentation focused on how the pride of the U.S. has led the country to fail in its foreign policy. He said the U.S. prides itself on having the world’s greatest military, which has ultimately led the country to abuse its military power. This has made matters worse for other countries as well as for the U.S.

He discussed the basics of why the U.S. went to war in the Greater Middle East in the first place, citing the U.S. pride as the ignition to the chaos.

“In a narrow sense, it began as a war for oil, yet even from the outset much more was at stake than ensuring access and achieving cheap gas that fuels the American way of life,” said Bacevich. “From day one, the larger purpose for America’s war [with] the Middle East has been to affirm that we are the people to whome limits do not apply.”

Berating the U.S., Bacevich recounts the actions taken by the U.S. in the past.

“In a sense, for a war that now extends into the 21st century, the U.S has sought to validate or affirm the apparent outcome of the 20th century,” said Bacevich. “As enshrined in our collected memory, that outcome extensively testifies to America’s global preeminence political, military, economic, cultural and ideological.”

When listening to U.S. political leaders, Bacevich said there is a disconnect between what they have done and what they say they hope to accomplish. They state intentions to punish those who are immoral, defend the innocent and liberate people in the Middle East.  He said their decision to dispatch military troops to invade, occupy and raid multiple parts of the Islamic world, since 1980, they have actually intended to impose American ideals onto other countries.

He described how the decisions that U.S. leaders have made has put the country in a position where they need military forces in countries such as Lebanon, Libya, Somalia, Sudan, Bosnia, Kosovo, Afghanistan and Pakistan.

“Unfortunately no administration ever devised a plausible strategy for achieving american aims, each administration in turn has simply reacted to situations that it confronted,” said Bacevich. “Nor ironically, has any administration available the means needed to make good on the grandiose ambitions that it entertained.”