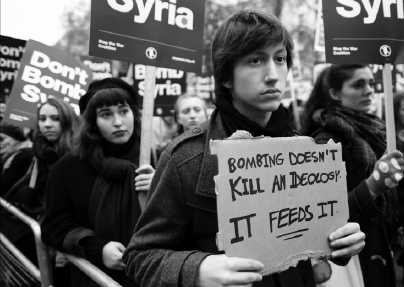 Media coverage across the globe has recently catered to specific tragedies across the world.

More than 100 people were killed by the terrorist attacks in Paris last month where news outlets were sent into a frenzy covering the tragedy as it proceeded. Despite the chaos in France, other attacks occurred elsewhere without media coverage.

In Yola, Nigeria, 32 people were killed and 80 others were injured that same week, according to the Huffington Post. Officials believe the militant Islamist group Boko Haram, a group that has killed thousands over the past six years, was behind the attacks.

In Lebanon, 43 citizens were killed and 239 others were wounded by the Islamic State (ISIS) just days before the Paris attacks. The suicide bombing attack was brought on by two ISIS members who had strapped bombs to their chests, according to multiple news sources.

Suffolk Professor and Chair of the Department of Communication and Journalism, Dr. Robert Rosenthal, discussed how journalists across the globe aren’t treated very well, so they tend not to cover some regions, or have as much coverage.

“If there’s a bias, I think the bias tends to go toward the countries that are deemed to be more important and that’s not necessarily Eurocentric countries, although clearly the U.S.,” said Rosenthal.

Paris is the third most popular city in the world to visit, with 16.06 million international visitors in 2015, according to The Weather Channel Paris.

Suffolk’s Communication and Journalism professor Bruce Wickelgren said that sometimes people create relationships with countries because of their travel experiences.

“It’s something that I’ve seen as well, that we as humans tend to have greater affinity for places that we’ve actually visited,” said Wickelgren.

Suffolk University Philosophy professor and Director of Graduate Program in Ethics and Public Policy, Dr. Nir Eisikovits broke down how the U.S. finds a connection with the people of France.

Eisikovits said it might be due to it being more interesting to the people of the West.

“It’s easier for them (Americans) to identify with the French who are more like them than the Lebanese, Syrian targets of ISIS, Turkish targets of ISIS and so on,” said Eisikovits. “The media just focuses on what’s going to sell more newspapers and advertising signs. That’s always the case.”

To him, it’s not about the advertising of newspapers, but instead, it’s about what the American people think of those regions.

“I think the reason there is more coverage about it is because we’re taught that Europe is the center of the world, other than the U.S. and it’s the most important, said Wickelgren. “I believe the media believes that violence is natural to other parts of the world and therefore it’s not as newsworthy as, what many people will in my personal opinion call, the civilized world.”

Yet, it is clear that there is a bias in the media coverage by simply reporting or not reporting on specific topics.

Rosenthal also discussed the consequences of the media’s lack of attention to some of these nations.

“Many less[er] developed countries have complained for a long time that they don’t receive fair coverage,” said Rosenthal. “That the only time they’re heard about is when there’s a disaster, revolution, or something to that while the positive things are left out.”

He explained one of the reasons as to why the news media will sometimes run certain stories repeatedly with constant up-to-date information while giving less attention to others.

“The media is a business, so they need to draw an audience to view their stuff, whether that’s on social media, television, or print makes no difference,” said Rosenthal. “The audience is important to advertisers, so they’re commodities.”