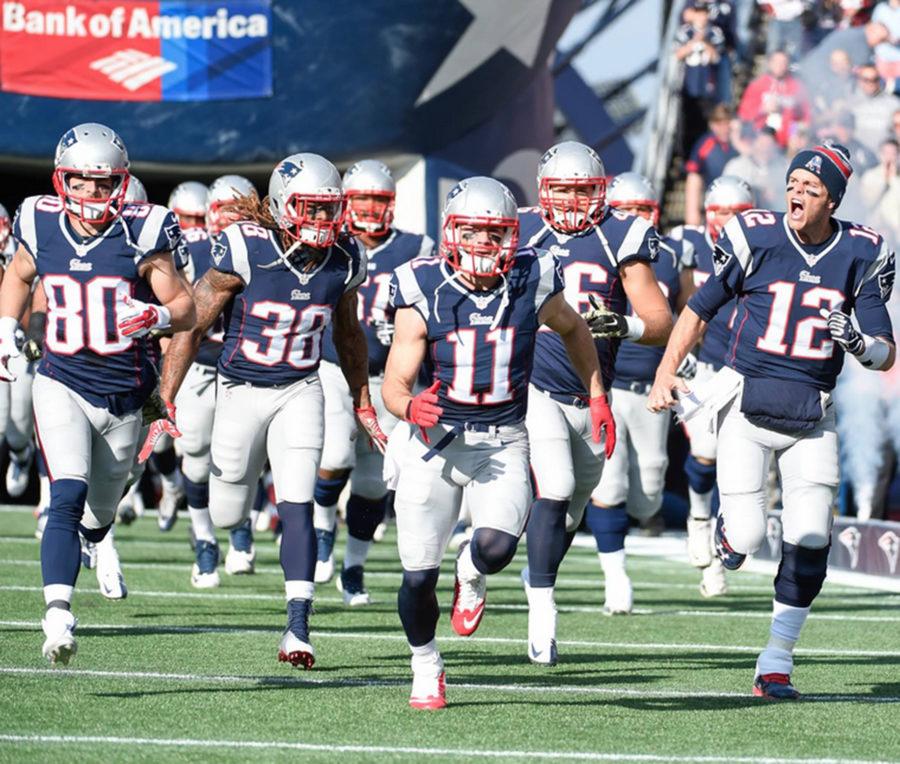 The Patriots run onto the home field at Gillette stadium. Courtesy of New England Patriots’ Facebook.

I’m going to say it: the New England Patriots are the best team in the National Football League, again.

It feels like we’ve been here a million times before. That’s because we have. In 2007, through week three, the pundits were dubbing the Patriots’ revenge tour following the Spygate Saga a non-stop train to the Super Bowl, and they were correct.

The team lost to the Giants in the big game, but that’s beside the point.

In 2011, the year the Patriots’ offense dismembered defenses at will, the media once again claimed this team would be Super Bowl bound. Again, they were right, and again, the Patriots lost to the Giants.

In conjuring these bittersweet memories, the feelings through week three feel a lot like this year’s team. But there’s one group that — no surprise — looks and plays even more similarly to this year’s team.

Before we compare the two teams, let’s go over the differences. First, this Patriots team has nowhere near the secondary that last years’ team had. Unfortunately, that seems like a reality that Patriots fans will have to deal with until early February at the latest.

Also, this team won’t have the doubters that condemned the team after their week-four blowout loss to the lowly Kansas City Chiefs. Which, some may argue, helped fuel the team’s proverbial fire.

However, in terms of verbal fuel, this year’s team does have the mountains upon mountains of chalkboard material provided by the Deflategate scandal and those teams who detested the evil, cheating Patriots. The situations provide different scenarios, similar products.

In terms of similarities between the two teams, both feature a young center. Last season, Bryan Stork — a rookie at the time — played the majority of the snaps at center starting in week four. His plays would turn out to be some of the most consistent on either side of the line, carrying over into the playoffs and the Super Bowl.

This season, David Andrews has stepped up to the same role, while Stork nurses a concussion. Surprisingly — or not surprisingly if you’ve been watching the Patriots for the past 10 seasons or so — the undrafted free agent out of the University of Georgia has done an exceptional job filling in for Stork. Now the question is: who gets the spot when Stork returns?

Another similarity is the teams’ use of their running backs. Last season, Shane Vereen would serve as a pass catching back for Brady more often than not. This year, Dion Lewis has assumed a similar role as a receiving option out of the backfield.

The difference: Vereen had better hands, never fumbling and catching roughly 68 percent of his targeted passes. This year, Lewis has caught a higher percentage of balls at approximately 79 percent, but he has surrendered two fumbles through three games. Despite the fumbles, Lewis leads the league in forced missed tackles, and has scored two touchdowns while averaging 4.9 yards per carry.

The similarities between these two teams stretch beyond the young O-line and the shifty running backs. Both feature a rejuvenated Tom Brady, a healthy Rob Gronkowski, and a vicious crew of linebackers. With the comps, this 2015 Patriots team is primed for yet another Super Bowl run, which would make seven appearances in the big game since 2001.

But of all the similarities, the starkest may be this: the New England Patriots are the best team in the NFL. See you in the Divisional Round, folks.