Softball prepare for a jam-packed week of games 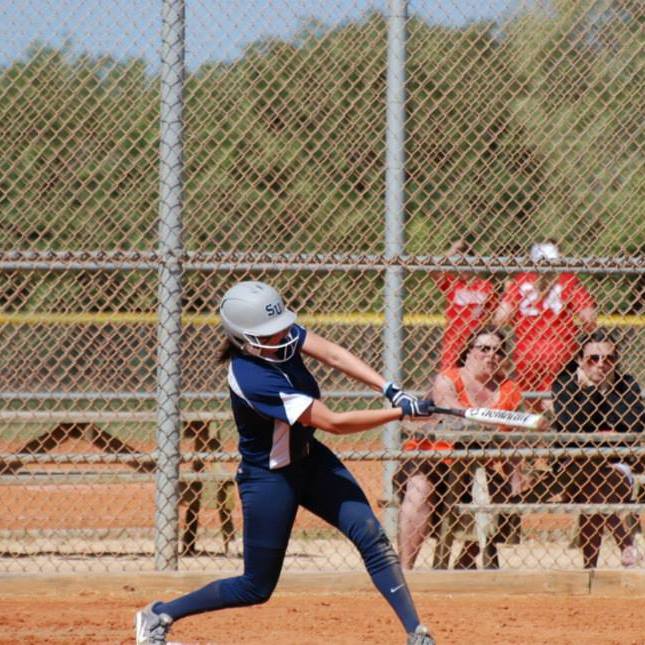 With a 7-5 record, the softball team finds itself in the middle of a packed week with six games through Saturday.

The Lady Rams opened up the week splitting a doubleheader against Albertus Magnus. In the first matinée game, the Lady Rams pulled out a victory in a close affair, winning by a final score of 6-4.

Senior third baseman Nicole Rosa filled up the box score, going three-for-four with two runs scored. Catcher Delaney Sylvester had three hits of her own, driving in two, and working a walk en route to a perfect on-base percentage for the game.

On the mound, team captain Sarah Chasse got the start, tossing seven innings, surrendering four runs and striking out three, good enough for the win. Kathleen Slavin pitched the final two innings to nail down the save, her first of the year.

In the second game of the day, the Lady Rams saw their seven-game winning streak come to a halt. Ali Yamakaitis pitched six innings, striking out as many while allowing four hits and three runs, two earned. The Lady Rams failed to get things going on the offensive side of the ball, as they were held to six hits and couldn’t muster up the same offense from game one.

“Being a freshman [Yamakaitis] does a great job,” said Chasse. “She pitched awesome today. She was getting a lot of ground outs and pop up, it just stunk that we couldn’t do anything offensively for her.”

It was the second time that the Lady Rams were shut out in the young season, a trend they will hope to buck.

Later this week, the team will play doubleheaders against Anna Maria, Rivier and Lasell, on Wednesday, Thursday and Saturday, respectively. Madison Eucallito, a second baseman, was last week’s GNAC Rookie of the Week after going 10-for-26 and smacking five doubles.

“I think that all of the upperclassman have really helped the freshman get used to traveling and getting ready for the long days of games,” said Eucallito. “They also have helped us stay focused and positive during the 14 innings we play each day.”

Lucky for the Lady Rams, despite this week’s jam-packed schedule, traveling will not be much of a factor. On Sunday the team traveled to New Haven, Connecticut, for their games against Albertus Magnus. In the week’s remaining six games, four of the games will be at home, and two will be on the road, meaning the Lady Rams will have a comfortable four-games of home field advantage.

The Lady Rams will face Anna Maria on Wednesday. The first game of the doubleheader is set to begin at 3 p.m., with the second game beginning two hours later. On Thursday, they will travel to Rivier, playing two games at 1:30 p.m. and 3:30 p.m. On Saturday the team will face Lasell, an in-conference opponent, in the “Coaches vs. Cancer” game.