Editor’s word: A make-up day for students and professors should not be a day off for everyone else 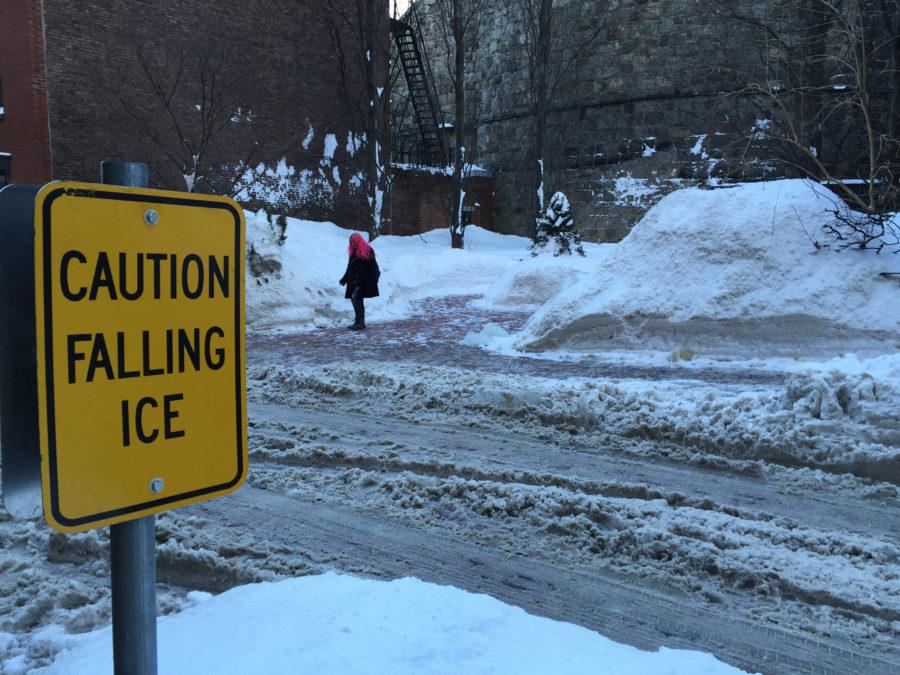 While it was fair that Suffolk University chose to hold classes on President’s Day after a barrage of snowstorms canceled multiple Mondays, it was unfair that employees across every university department did not have to report to work.

This may sound like a childish complaint. And, it is a complaint. However, not requiring employees from certain departments to come into work while students and professors had to trudge through snow and battle with limited service from public transportation sends the wrong message.

Does Suffolk value the safety of its employees more so than its students and professors? Those who live off-campus had to wait for trains in cold temperatures for commutes that took much longer than an average day.

Students tweeted about their travel problems. Some skipped class entirely because they could not get into Boston. Far fewer students were dotted around campus Monday as places like the Counseling Center, Diversity Services, the Financial Aid office, and others were barren.

But, at least some students and professors were there. They dedicated the extra time to take the commute on a national holiday.

Diversity Services and Financial Aid did send a tweet reminding students their office would be closed. But that does not excuse the fact that they were inaccessible to students seeking assistance.

The Office of Counseling, Health, and Wellness being closed Monday was inconsiderate. What if a student needed a safe place to talk? What would have happened to a student needing medical attention?

While there are multiple hospitals in Boston and national hotlines to assist with such matters, there is no denying that having these services available to students on campus is crucial.

The bottom line is that every employee, regardless which department they work for, should be on campus when the university is open and classes are in session.