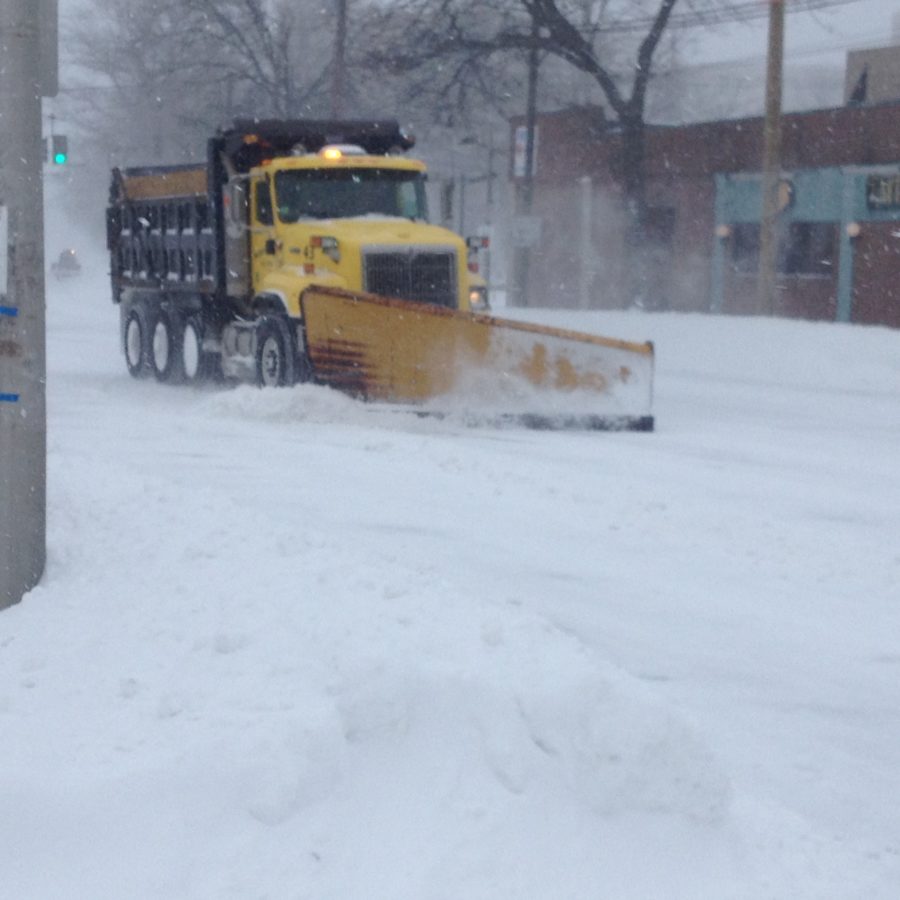 By Thalia Yunen and Haley Peabody

They come by bus, train, car, and even by boat. They’re Suffolk commuters, and they check and re-check their emails, their phones, and Suffolk’s website when news of an impending storm hits.

Monday, Tuesday, and Wednesday were no exception. With the impending storm on its way, text and email alerts went out Monday afternoon as Suffolk canceled activities and classes for the night and through Tuesday. On Tuesday evening, students received the same alerts informing them that Suffolk will be closing Wednesday morning classes. Wednesday morning, they learned of cancellations for that night.

Winter storm Juno, which hit Massachusetts Monday, is said by the National Weather Service to have piled on 26 inches of snow in Boston as of 3 p.m. Tuesday.

“As a commuter student I’m concerned about how this is going to affect not only myself but my house,” he said. “If my power goes out I won’t be able to do anything. My water, heat, and electricity will be out.”

“I’ve already been through another blizzard back when I was in Fairfield, and I know that everything moves [more slowly] … I live all the way at the end of the C line, thus, even when service is back on, it will take ages for the T to get back up to pace again.”

Because of slow transportation, Haughn worries about being late for class and work, saying it could make him suffer “in not only academics, but my reputation in the workforce could also be jeopardized.”

Governor Charlie Baker ordered a travel ban that included a total suspension of MBTA service throughout Tuesday. During a press conference Monday afternoon, Baker declared a state of emergency.

Sophomore Aleksandra Omeraj, who lives and commutes from Everett, said, “ It is definitely challenging for us commuters to make it to class during blizzards and storms … I am very glad Suffolk University canceled classes, because most of us ride the T or take the bus, and none of that would have been possible today.”

Recently, Suffolk announced a new snowstorm policy. The university won’t cancel for an entire day anymore, instead they will announce morning classes and activities canceled and then monitor snowfall for the rest of the day and make a call about night classes.

“Living in Boston and having to deal with inclement weather most of the time, is not one of my favorite things to do,” Omeraj said. “My commute is normally 25 minutes, that seems an easy commute until I get stuck in traffic while taking the bus, and eventually become late for class … [Plus] the time it takes me to walk to class when the sidewalks are icy and slippery. However, our school has done a good job so far canceling or delaying classes when it has been necessary.”

The snow will continue for the rest of Tuesday and the first part of the night, and according to the National Weather Service, Boston is forecasted to get an accumulation of 20 to 24 inches of snow.

Sophomore Givany Lopes believes that the school has done a “really great job in terms of cancellations and delays,” but believes they could improve how they cancel afternoon classes. “One thing that could be improved is canceling classes that are in the afternoon close to closing time … I had my class today at 2:30 to 3:45, and the university closed at 4 p.m.”

The last time Suffolk and Boston saw snow accumulate like this was in the winter of 2013, with storm Nemo.