A closer look at the Rajon Rondo trade 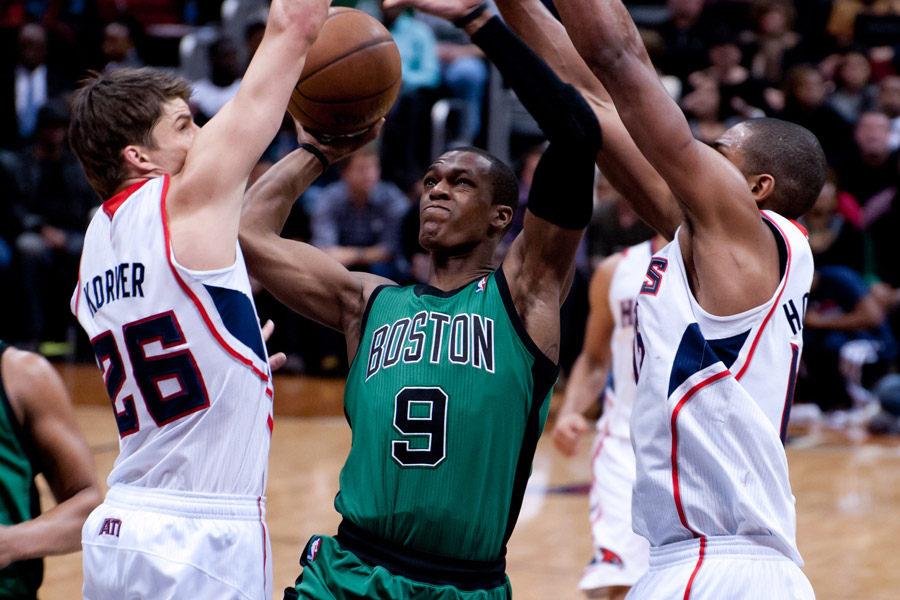 It is official: Rajon Rondo has been traded to the  Dallas Mavericks.

The now former Celtics point guard has averaged 10.8 assists so far this season. Rondo is well-known for being a “pass first” type of guard, so combining him with a starting lineup with already proven scoring talent is pushing the Mavericks’ name on the list of favorites for the Western conference championship this season.

The Stein report about the initial deal was accurate, but did not reveal that the Celtics were giving up the young forward Powell. This is most likely a small compensation to make up for the Mavericks losing Wright, much like the Celtics obtaining Nelson to make up for Rondo. Both teams needed to balance their depth charts before finalizing the deal.

Powell has been on-and-off the roster, spending time designated in the Developmental League. The Celtics also waived center Vitor Favorani to make room on the roster.

Looking at this trade from the Celtics perspective, what they got in return was not bad.

Something major is the trade exception generated from the departure of Rondo. According to ESPN, this deal opens up a $12.9 million trade exception for next season. This means the Celtics will have the money to reach a little higher to get a costly player without having to matchup salaries in a trade.

The main prize here is Wright. The blooming forward has had limited action on a good team, but proves to be a strong presence on the floor. He averages 8.8 points and 4.1 rebounds per game, only playing 18.7 minutes per game.

Nelson and Crowder are both unlikely to be seen in green beyond the 2014-15 season. Ainge has been known to grab expiring contracts in order to make room for big money deals the following year.

Rondo is the final player to depart from the 2008 championship team, which means the Celtics are starting fresh. There are so many questions going forward — what happens to scoring leader and expiring contract player Jeff Green? What will they do with their multiple draft picks and trade exceptions? Are they targeting someone right now to trade for?

The Celtics’ season looks all but over now, so it will be fascinating to see where they go from here.