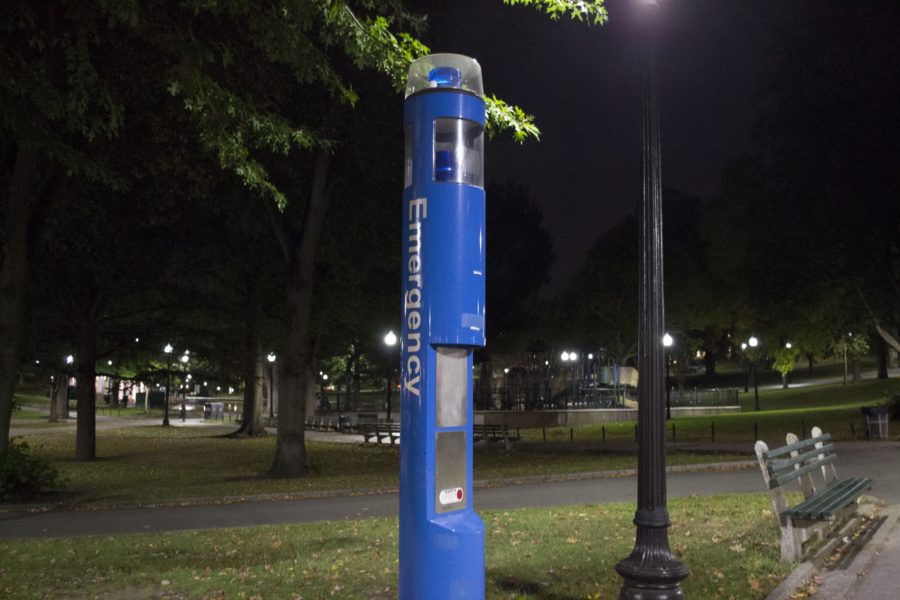 Two park rangers were stabbed by a Boston man in the Common on Tuesday night, police said.

Suffolk student and Journal staff photographer Jonathan Acosta Abi Hassan was sitting in the UBURGER restaurant on Tremont Street when he received an email from the Suffolk University Police Department saying there was a stabbing in the Common. Within five minutes of reading the email, he said he saw at least 10 police cars with sirens on driving down Tremont Street and multiple ambulances.

Tuesday night, news stations were parked in the Common hours after the incident, while a few police officers lingered, shining flashlights through the park.