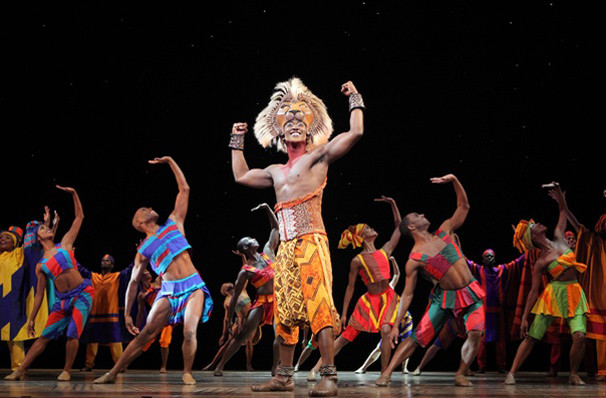 The countries’ highest grossing Broadway musical returned to Boston last week at the Opera House on Washington Street, planning to stay for a five-week duration.

“The Lion King” is known and loved by many devoted fans of all ages as the 1994 animated Disney movie. Since opening on Broadway in 1998, “The Lion King” has broken boundaries, setting records as one of the highest grossing shows.

Within the first five minutes of the show, the theater is completely transformed into the plains of Africa, with a multitude of various animals and wildlife. The animals have all gathered to rejoice the birth of a new prince, heir to the throne that King Mufasa and his wife currently reside over.

The little cub grows up into a curious creature, making friends with Nyla, pushing boundaries and his father’s patience along the way. The child-actors playing Simba and Nyla are extraordinarily gifted. Jordan A. Hall had such charismatic energy and a surprisingly powerful voice for such a small body. He carried the entire first act fluently and possessed the perfect chemistry for the father and son relationship between Mufasa and the young cub.

Even young Nya Cymone Carter stood out as Nyla, with her irresistible fluidity of movements and cute personality. The dynamic duo was an adorable pair and a force of talent to reckon with.

As the story continues, tragedy unfolds when King Mufasa is killed.  Simba’s evil uncle scar takes his place as king. Devastated, Simba retreats to the jungle to grow up with the hilarious meerkat, Timon, and the lovable wildebeest, Pumba. 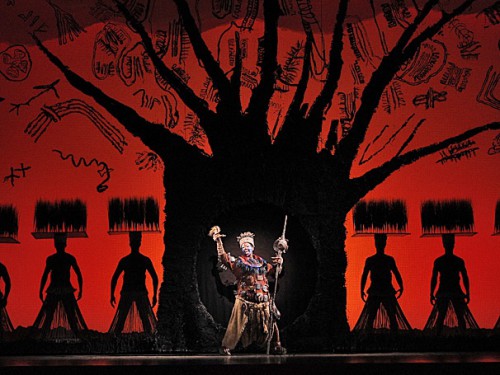 The two puppeteers for these incredible characters capture the essence of the movie animated voices and characteristics. One of the standout performances of the evening was the performance of “Hakuna Matata.” The entire audience was bobbing their heads and tapping their toes to the upbeat African drums. Taking a closer look at the production pit, all of the instruments used during the performance were authentic African instruments including dunan drums, bongos, a rain stick and many more. The effect of all the instruments together created sounds that resonated through the theater, transporting the audience to the Savannah.

The story unfolds as Simba realizes he cannot let his evil uncle ruin his pride and he sets off to make his father proud. Although each of the cast members gave an outstanding performance, what truly makes this production unique is the puppetry, sets, and visual effects. The innovation of this show is beyond any other musical. There is such unison between actor and puppetry it’s almost like magic to the audience.

As Simba regains his title to the throne and the performance ends, a standing ovation breaks out through the packed theatre. Not one seat was empty on the opening night of “The Lion King” and for the future it is likely that shows will continue to sell out for such an amazing production.

Student tickets are on sale now for “The Lion King.” They are available for performances on Sept. 24 and 25. Student tickets cost $43.00 each and can be purchased at The Opera House using the password: STUDENT14.