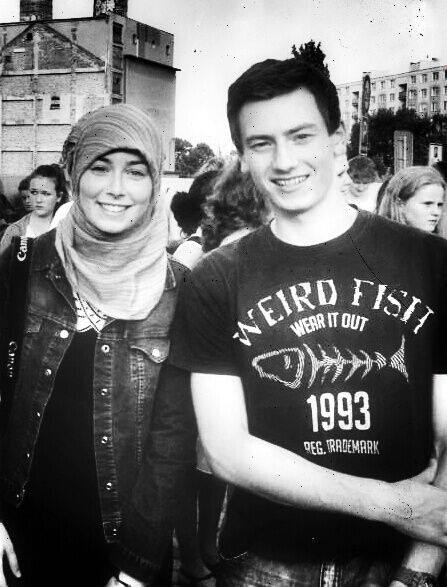 What do tales such as Shakespeare’s Romeo and Juliet or Othello have in common? They share a kind of forbidden love that rips apart a family and the lives that intermingle within the bounds of such a dangerous sensation. Luckily, the tales of forbidden love primarily derive from classics. In modern society, and especially in America, most relationships are built on the foundation that one can choose to love whomever they please.

Not for Owen and his girlfriend Hannah, who are in a relationship forbidden by their cultures. Owen and Hannah, who requested to only be identified by their first names due to the nature of their relationship, are forbidden by the religious restrictions of Hannah’s family. Both grew up in Surrey, England with similar childhoods and similar educations. But Hannah grew up in a Muslim household, which affected her ability to date entirely.

“Blanket rule, no dating at all,” said Hannah in an interview conducted in England on May 10. We met as students at Royal Holloway, the only place where Hannah and Owen could be together freely. Hannah’s parents enforced a rule of no dating under any circumstances until she was no longer under their roof and could support herself on her own.

“It felt like I had to choose, and that I wasn’t allowed to make my own decisions by complying with the rules that my parents had voiced,” Hannah said. “There came a point when I just thought this is my decision. If they find out, I’ll just have to deal with it.”

Owen and Hannah met in an English youth orchestra in the spring of 2013 and have been secretly dating ever since. He was a senior in high school while she was a junior.

Owen headed off to University in Egham as Hannah was still finishing her senior year of high school, but they decided to continue their relationship. She traveled 40 minutes to the university to see him as often as she could.

“I was not able to tell [my parents] from the beginning.” Hannah said. “Living so far away and seeing each other was extremely difficult as well. I used to have to — well, I still do — make up excuses for leaving the house, get friends on board to cover the story.”

A close group of friends know of their illicit relationship. However, it is difficult for Owen and Hannah to explain that they need to be extremely careful with this secret for fear of retribution from Hannah’s parents.

Yet, in a relationship as serious as Owen and Hannah suggested theirs to be, it was inevitable that they would not be found out at least once.

“Once I was slightly careless,” Hannah said, “and we got caught Skyping, and text messages were read, and it was not pretty.”

Hannah’s parents demanded to see their conversations, changed Hannah’s Facebook and Skype account passwords, and deleted information to keep her from contacting Owen. An innocent Skype date with someone that could have simply been just a friend had backfired on Hannah. Her parents banned her from speaking to Owen entirely though they were unaware that the extent of their relationship had developed into love. However, the opposition would not keep Owen and Hannah apart. She created all new social media accounts and had memorized Owen’s number to ensure they could continue their relationship in secret. She is thankful that technology allows her and Owen to easily connect, a task that would be impossible in the era of Shakespeare’s forbidden lovers.

Hannah’s parents value “old fashioned courting,” which follows the process of an arranged meeting with free choice of a suitor. This is similar to, but not quite, an arranged marriage due to the fact that her mother was raised in an English household and converted to Islam.

“There is a compromise when it comes to arranged marriage in that sense within the religious rules,” Hannah explains.

Hannah’s father is Iraqi but was brought up in an extremely regimented Muslim household. When asked if Hannah identifies with the Muslim religion or merely practices it to honor her parent’s wishes she said, “It’s hard when you grow up with it and it’s all you’ve ever known, but for me it’s about the values more than the rules. For me, religiously, I can appreciate that it’s okay for a man and woman to fall in love, and it’s meant to be pleasurable for people. It’s meant to happen.”

What does the future hold for Owen and Hannah’s relationship? Hannah hopes that time will show their commitment to one another.

“Given the circumstances,” she said, “I’ve had to bend the religious rule slightly. But if we can prove our commitment to my parents, then they should have less reason to argue against it.”