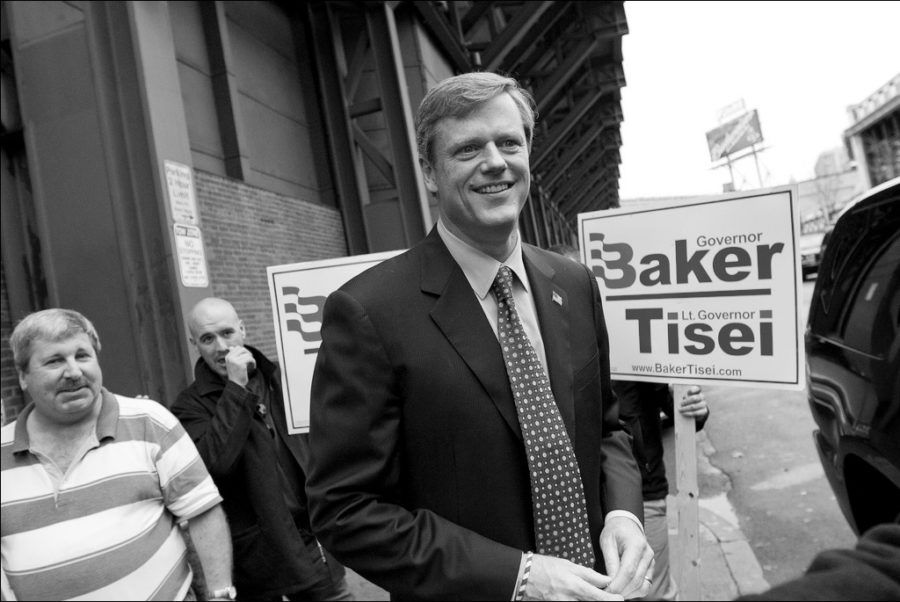 Over the past few months, I have covered the Rappaport Center’s Governor roundtable series and watched six of the nine candidates introduce themselves and outline their principles.

The only one who truly impressed me was Republican Charlie Baker, who unfortunately lost to Deval Patrick four years ago. Unlike the other candidates, Baker spoke seriously about not only making state government more efficient, but also cutting back its size and budget.

As a former healthcare executive, Baker turned a failing company into a profitable and highly reputable success. At Suffolk, he emphasized improving communication healthcare providers to make services more efficient, among other reforms that would reduce healthcare costs.

Baker also rightly criticized Obamacare, first for its shoddy websites, and secondly for the law’s overreach, which interferes with how Massachusetts runs its own healthcare coverage program. (The week that Baker appeared, several news outlets said that Massachusetts’ Federal Healthcare Connector was the worst performing of all 50 states.)

Of all the candidates, he seems to have the most experience in the healthcare industry, both as a businessman and from his three-year stint as Massachusetts’ Health and Human Services Secretary.

Baker also served on the Massachusetts Board of Education, and is currently a board member of a Chelsea charter school, which tells me he is open-minded on education issues. While state and local government should work to improve under-performing schools in the state, Massachusetts should also encourage and allow more charter schools to ease the burdens of the public school system, a position I think Baker would be open to.

He emphasized towns can improve failing schools by talking to teachers and administrators in successful schools, which is likely to bring greater benefits than throwing more money at rather vague goals. Reforming teachers unions, and making it easier to fire bad teachers and hire good ones, will also improve schools, and I believe Baker would agree.

Unlike the five Democrats I saw, Baker talked of cutting the budget, noting that Governor Patrick both used money from the state’s rainy day fund and raised taxes. It was refreshing to hear a politician criticize budget gimmickry rather than spin poor spending decisions. None of the five Democrats mentioned the budget much, let alone the improper funding methods.

Like most Massachusetts residents, Baker is pretty socially liberal; pro-choice and gay friendly, and otherwise respectful of residents’ personal lives. He opposes marijuana legalization, which I believe is a mistake given shifting popular opinion and the failure of the War on Drugs, but on the whole, he is far better prepared to take office with the ideas Massachusetts needs and the experience a Governor should have.

But if his track record is not enough to sway readers, a quick comparison of his Democratic opponents should paint an even clearer picture.

Don Berwick, who is farther to the left than Elizabeth Warren, wants Massachusetts to adopt a single-payer healthcare system, meaning that government, not citizens, would pay for all healthcare costs.

Such a system would greatly increase state bureaucracy and the accompanying costs of overhead and would likely reduce residents’ healthcare choices as the state tries to make an efficient but narrow-scope system to minimize cost.

Berwick also aims for lofty goals such as smoking cessation and anti-obesity programs, but neither links them to specific goals nor explains how he would pay for such programs, a tell-tale sign of wasteful spending.

Unlike Baker, Berwick and his fellow Democratic candidates failed to acknowledge Massachusetts’ complex and high taxes, which make our state a less appealing state to do business.

Following Berwick came Joe Avellone, or ‘Mr. Yes-Man’ as I call him. He had a pretty basic, progressive platform, but more worryingly, whenever an audience member asked him a question, he replied with a ‘yes.’ ‘Yes’ to spending increases, program expansions, and other policy issues. This would not bother me if he seemed to give each question serious consideration, but, unlike any other candidate, he seemed more eager to please the audience rather than put forth his own opinion.

Steve Grossman, who initially impressed me as he talked about his experience in successfully bargaining with unions, was pretty boring to listen to. He seemed to be reading a mental script with prepared answers, and while that may seem cliché to say of a politician, he did not strike me as someone decisive or someone who can think on his feet, two important qualities of a leader. 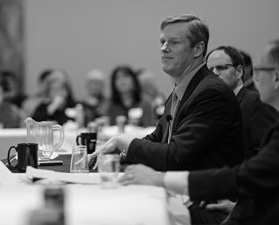 Martha Coakley, who suffered an embarrassing loss to Scott Brown in a special Senate election in 2010, suggested solutions that seemed too small to fix the problems that she was trying to address. While I appreciate her fights against DOMA and banking companies for misleading homeowners, she did not seriously mention shrinking the budget or other tough decisions that our next governor will have to make.

Lastly, Juliette Kayyem focused on issues like climate change and infrastructure improvements more than healthcare and the state’s finances, which should have been at the forefront of her and other candidates’ minds.

Charlie Baker’s impressive and lengthy resumé, and his small government ideas are what Massachusetts needs to grow its economy and improve the quality of life for its people.

If you have another opinion on who should be governor, and why, we always welcome op-eds and letters to the editor, which can be sent to [email protected]