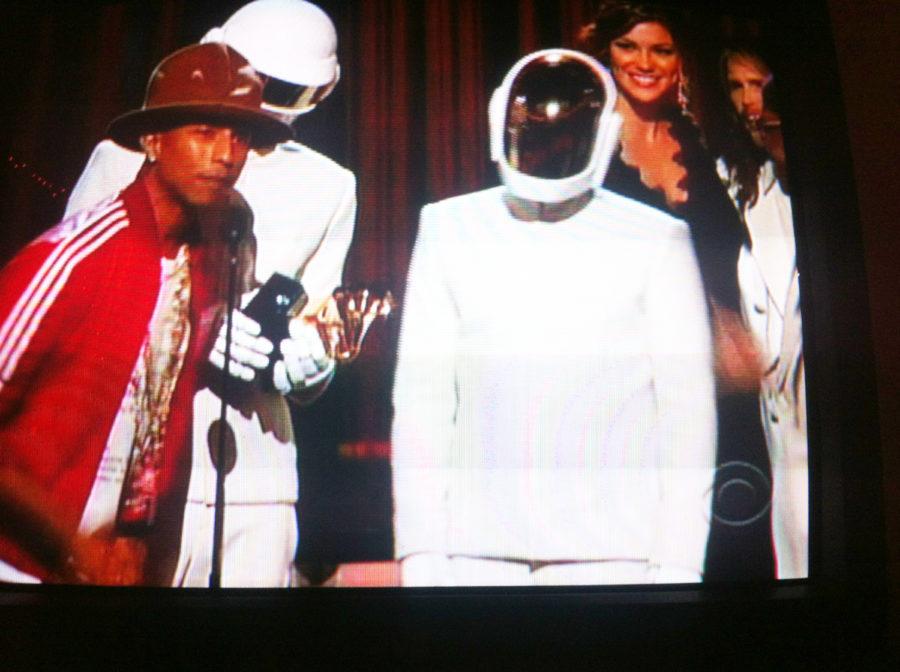 As the 2014 Grammys served to deliver a brew of controversy, the annual worldly popular music award ceremony also did quite a swift job at hosting a few revolutionary moments. Many highlights of the show were featured in headlines across the news spectrum with stories sprinkling into newsrooms, reporting on the various Grammy parties hosted around Los Angeles and the performances that were deemed to be best during the long presentation. I’m sure many of you have heard about Beyoncé and Macklemore one too many times already, with that taken into consideration – I can spare you the additional coverage on the celebrities featured on the front page of Perez Hilton, but give more on the pleasant surprises that the 56th annual Grammy awards had to deliver.

Snippets of Beyoncé and Jay Z’s performance were Tumbled and retweeted almost as many times as GIFs of Taylor Swift awkwardly getting her groove on front and center of the audience almost the entire show.  Aside from many starlets that were surprisingly allotted to stay seated throughout their slew of Grammy nominations, a few unexpected awards were taken home this year, leaving many top charters seated in the audience for most of the show.

The night’s performers were introduced with ‘top 10’ type sets by Katy Perry on a stripper pole, Beyoncé in fishnet stockings, Pink trapezing from the venue’s ceiling, and Taylor Swift crying another love song – all, shockingly played merely their most recently released singles.

Those who were able to sit through the Hollywood’s hot list lineup throughout the first hour of the show were in for a true treat as the remainder of the program was quite entertaining. Kudos to this year’s producers of the Grammys for arranging an element of what seemed to share the idea of unity and the concept of the old reconciling with the new, pushing boundaries like never before  in mainstream music before.

The most revolutionary performances at this year’s Grammy Awards were delivered by creative/producer/musician/designer/etc. Pharell Williams and France’s dynamic duo Daft Punk took to the stage with a cameo by Stevie Wonder, performing their hit single ‘Get Lucky’ and throwback tune ‘Le Freak.’ Pharell’s “robotic friends” remained in their space-like suits throughout the three-hour award show as they were broadcast live on television for only the second time since their formation in 1993. While accepting the award for Record of the Year, Pharell Williams shared a few words of sentiment towards his French friends saying, “I bet France is really proud of these guys tonight,” as the trio won every single category their hit song ‘Get Lucky’ was nominated for.

Paying tribute to the late Lou Reed of the Velvet Underground, Metallica delivered an extraordinary performance with famed pianist Lang Lang, providing a fusion that was not only the most heartfelt of the night but also the most diverse combination in styles of music. Lang Lang tailored his beautiful talent with the piano keys to fit Metallica’s ‘One’ which literally blew the mind of the audience as they stood and watched the unique jam session occur in honor of rock legend Reed, who passed in 2013.

As retired rapper LL Cool J welcomed Compton, Calif. star Kendrick Lamar to the stage – he took a brief moment to celebrate an anniversary of Def Jam Music Records, calling name to musicians like Rihanna, Jay Z and Kendrick Lamar as a reel of Flavor Flav, the Beastie Boys and other various old timers play on the enormous screen behind him. Members of the audience were blown away just minutes later as Lamar brought massive energy to the stage with Las Vegas’ popular success story Imagine Dragons delivering one of the best performances of the evening. As these two genres found a beautiful way to fuse their sounds, the concept of unity was apparent, as the musicians were able to effortlessly perform exclusive content together, live for the 56th annual Grammy award show.

Another grand performance that seemed to fuse a generation or two was the set introduced by Willie Nelson, Blake Shelton, Merle Haggard, and Kris Kristofferson as they collaborated in singing and guitar-strumming along to ‘The Highwayman’ and ‘Okie From Muskogee’ finally bringing the sing-along-song out of a vast amount of audience members as they closed their lively set with ‘Mamas, Don’t Let Your Son Grow Up to Be Cowboys.’

The Grammys shed light upon the Beatles as the legendary band was celebrated for having premiered on CBS 50 years prior for the very first time on the Ed Sullivan Show just a few days following the award show on Feb. 9. Paul McCartney was joined on stage by Ringo Starr, as the remaining members jammed out for a new generation – proving that age is literally just a number. Yoko Ono, wife to Beatles member the late John Lennon, was easily the coolest member in attendance as she repeatedly threw up peace signs throughout the show and danced along with the biggest smile to nearly all the performances as her son Sean Lennon swayed by her side. As Yoko Ono and Ringo Starr wore their sunglasses indoors at the Staples Center, comfortably dancing to the latest pop tunes – there was a true note displayed, you are never to old to rock out!

While artists like double Grammy award winner, 17-year-old Lorde graced the stage almost speechless to accept her award, it was slightly humbling to see the genuine shock in her eyes as the announcer called her name as the winner of Song of the Year and Best Pop Solo Performance for her work on the popular tune ‘Royals.’ Lorde also took to the Grammy stage to perform a more acoustic type version of her chart topping single ‘Royals’ just moments before being awarded her two Grammys.

On an opposite end of the spectrum, after being nominated against his wife, Jay Z was awarded a Grammy for best rap/ sung collaboration for “Holy Grail” featuring Justin Timberlake who was not in attendance surprisingly. Adding an arrogant but lighthearted statement to his acceptance speech, Jay Z poked fun at the Grammys saying, “I want to tell Blue (Ivy,) Daddy got a gold sippy cup for you,” as the historic rapper tilted his golden Grammy sideways.

Many chart toppers were also noticeably absent from the award show in addition to Timberlake, as the likes of starlets including Rihanna, Kayne West, Miley Cyrus, Drake and Justin Beiber (understandably absent) seemed to skip their invitation to the Grammys this year. Speculation towards controversy grew as celebrities attended Pre and Post Grammy parties, including Clive Davis’ famed gala party in Beverly Hills at the Beverly Hilton Hotel, but in turn chose not to attend the event itself.

Finally, a wrap up of the 56th annual Grammy Awards would be incomplete without the mention of the beef and present tension throughout the venue due to the winner of ‘Best Rap Album’ – newly settled on the scene Seattle based Macklemore and Ryan Lewis beat out the likes of Kendrick Lamar, Jay Z and Drake.  Winning Grammys for ‘Best Rap Song’ and ‘Best Rap Performance’ generated a bit of fury for music lovers, as they have been extremely open and vocal about sharing their disapproval of Macklemore and Ryan Lewis’ Grammy sweep.

While indeed one of the most memorable and talked about performance’s of the night was declared by the evening’s rap champ himself, as he illuminated the stage with his (again controversial) song ‘Same Love’ as the theme of the show brought a heartfelt and historic moment as  Queen Latifiah married 33 couples, same-sex and non same-sex live on national television. Only to have Madonna emerge with a full choir on stage to sing ‘Open Your Heart,’ leaving nothing but an encore of applause following the heart-warming and eye-opening performance.

Following this year’s Grammy Awards, the producers of next year’s 57th annual show will have quite a list of legends and performances to live up to.