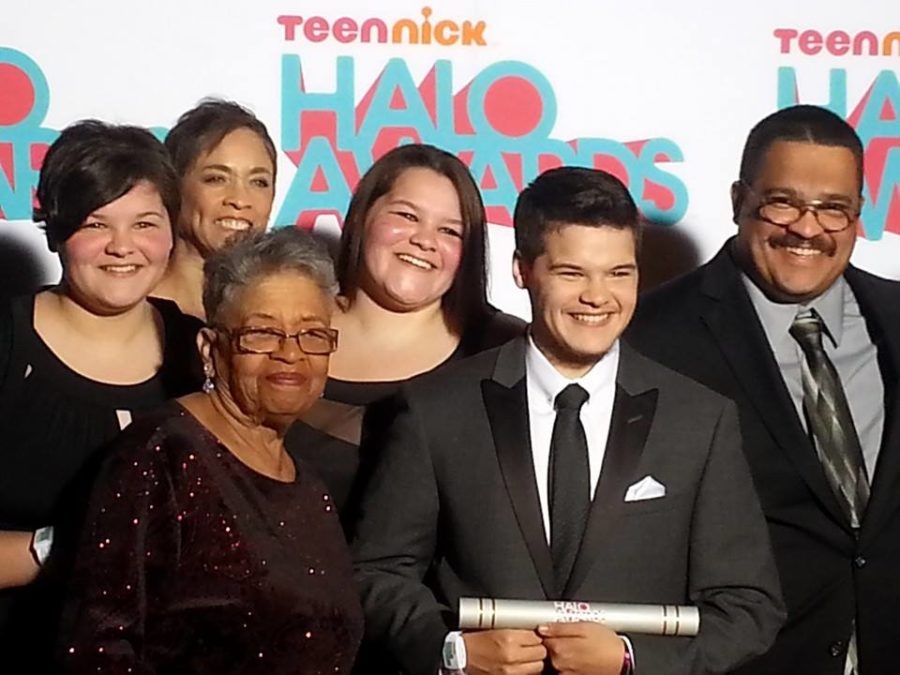 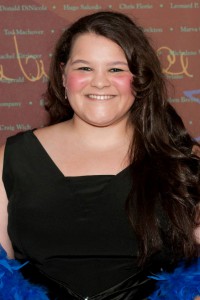 This past weekend was a huge landmark in the life of one of our fellow Suffolk students. She was flown out to Los Angeles for the HALO Awards, where one of her siblings was presented with an award live on Teen Nick. Then this upcoming weekend, as a part of Trans Week, she stars as “Eric” in the Performing Arts Office’s Dinner Theatre production of Boy Meets Murder.

Many of us have seen Amy Kerr around campus, whether in class, in the Diversity Services office, or smack between two lesbian dolphins onstage in this past year’s production of STEW during Orientation. We got a chance to sit down with this busy lady to ask a few questions about the madness going on in her life right now.

INSTARAM: What is your major/year and where do you currently live?
AMY KERR: I am a Psychology major with a History minor, and I am a sophomore. I live in the 10 West/Modern Theatre Residence Hall, and I am from Methuen, Massachusetts.

What are you involved in on campus?
KERR: I am the President of the Rainbow Alliance, I am in the Journey Program, and I am a Diversity Peer Educator.

How did you get involved with the Performing Arts Office?
KERR: I did theatre all through my life – middle school, high school – and I really got involved because Fall Fest was one of the first big audition things that you could do. I really wanted to get involved, and I decided to audition for Fall Fest. I really loved it. I love the atmosphere of the PAO, so I was like, “this is it.”

Before we get into everything – tell us a little about your family.
KERR: So we have our two wonderful parents, Grace and Gary. They are the best people. Then we have three older brother – Brad, Kyle and Tim. Then the triplets – Amy, Sarah and Zach. I am the forth oldest out of six.

Tell us about the HALO awards.
KERR: HALO stands for “Helping and Leading Others”. My brother got a call from Nickelodean asking for him to come to New York, because they were doing a profile on teens. They sent us to New York to surprise my brother with his ‘HALO hit’, which is how they tell you you’re getting the award. Usually Nick Cannon will show up to an event or something you’re doing, but in Zach’s case they tricked us to go on America’s Got Talent so that he could tell Zach in front of everyone at Radio City Music Hall that he was getting the award. Then he made a speech. It was wonderful.

The awards were this past weekend, and the whole experience has been wonderful. We got to meet a bunch of great people, plus the other nominees were very inspiring. It was a great experience.A really cool part of the awards is that Zach got to work with Josh Hutcherson, who was one of the founders of Straight but Not Narrow. It was really cool that he got to work with a straight ally. Then, Darren Criss, another straight ally, got to present him with his award. It was really cool to have those connections.

We were so happy that Darren was the one presenting to him. Zach loves Glee, and Chris Colfer. When Zach started his transition and was going further with his transition, he would look at other males and start modeling things after them, and he loved Kurt from Glee. Once Zach got more comfortable with himself, he didn’t have to be this macho man. He could just be himself. And Kurt WAS himself. So, he modeled things after him. It was really awesome that Darren got to be there.

What is the message that your brother is working to put out?
KERR: The biggest message that he puts out is of love and acceptance. When he started his transition, from female to male, and when he came out, there really was no example for him, no people for him to look up to. As a teenager, being trans, everyone you should be looking up to is dead, basically. Everybody is like “oh, you’ve got to watch the movie Boys Don’t Cry”  – the main person in the movie, the trans character is brutally murdered. Everyone you want to look up to is dead. And that’s really difficult for a fourteen year old to see that, and want to look ahead in life, but not be able to.

Let me backtrack a little bit – when we went to an Indigo Girls concert, they had a band that opened up for them called Coyote Grace. The lead singer of the band was this guy named Joe Stevens. Before we really met them or anything, Zach was like, “that’s what I want to look like when I am a boy.”  And then Joe, the lead singer, started to introduce one of his songs. He said, “to understand this song you need to know that I am trans. I was once a woman and now I am a man.” That was the first time that Zach had a positive role model for his transition. Joe, being out and telling his story so he could be a role model, inspired Zach to do the same.

How has Zach influenced your life? 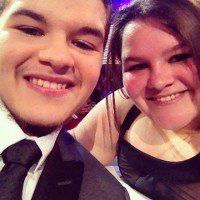 KERR: Zach does a lot of education, and he is very open about his transition and who he is so that people can ask him questions and ask the really tough questions. Instead of looking it up online or trying to ask someone else, they get it from him. He’s really inspired me to educate people. Obviously at the school, I am a Diversity Peer Educator. As a DPE, I get to facilitate those conversations and teach people about vocabulary and those different identities. I’m also the President of the Rainbow Alliance, and through Rainbow I help to create a safe and inclusive enviornment for LGBT students. He’s inspired me to just be brave, even if things are tough. You can definitely get through them. He’s a very strong person, and I hold that with me.

How do you feel about ignorant comments?
KERR: One of the things we discuss as a DPE is to always assume best intentions. Especially when talking about trans issues with anyone, people just might not understand. They may say something ignorant, or might not use the correct language, but those are big opportunities to teach and to start facilitating those conversations. A big piece of advice for anyone who is having these conversations is that, if you go at someone, “What are you doing? What are you saying? What do you mean?”, and get agitated at someone, that is going to block them off. They aren’t going to want to talk anymore. It’s always best to be like, “Oh, that’s interesting. Let’s talk about that.”

What do you want to do after you graduate, when it comes to educating others?
KERR: There’s many ways to keep doing advocacy work.  With what I want to do in life – I’ve been toying with the idea of going into higher education – and with that I’ll be with a variety of different students and I’ll be able to continue educating. I’m really looking forward to that, as well as narrowing down what I want to do.

My brother is not going to stop educating people. It’s such a big part of who he is. It’s always going to be a big part of my life, and it’s a lot of fun.

In Boy Meets Murder, you are playing a guy. How does that feel, for you? What is it like to take a step in a boy’s shoes?
KERR: I think it’s very different, obviously, from what my brother experiences. I am just playing a boy, and I know at the end of the day what my identity is. [Zach] IS a boy.
What are you excited for in Boy Meets Murder?
KERR: There is this certain scene where I am talking with Jack and Rachel. I make a reference to Rachel about something that happened between us, and it kind of stopped being funny [after over a month of rehearsals]. I can’t wait to have people laugh at it again.

Special thanks to Amy for sitting down with the both of us! Come and support her at Boy Meets Murder, based off of “Boy Meets World” THIS Thursday, Friday, and Saturday at 7:00 PM! Tickets must be reserved at the HUB.

Also – if you’ve got the time, Amy’s brother Zach is speaking at OUR campus today at 4:00! Run over to the 1st floor of Archer, the Munce Conference Room, to meet the HALO recipient!