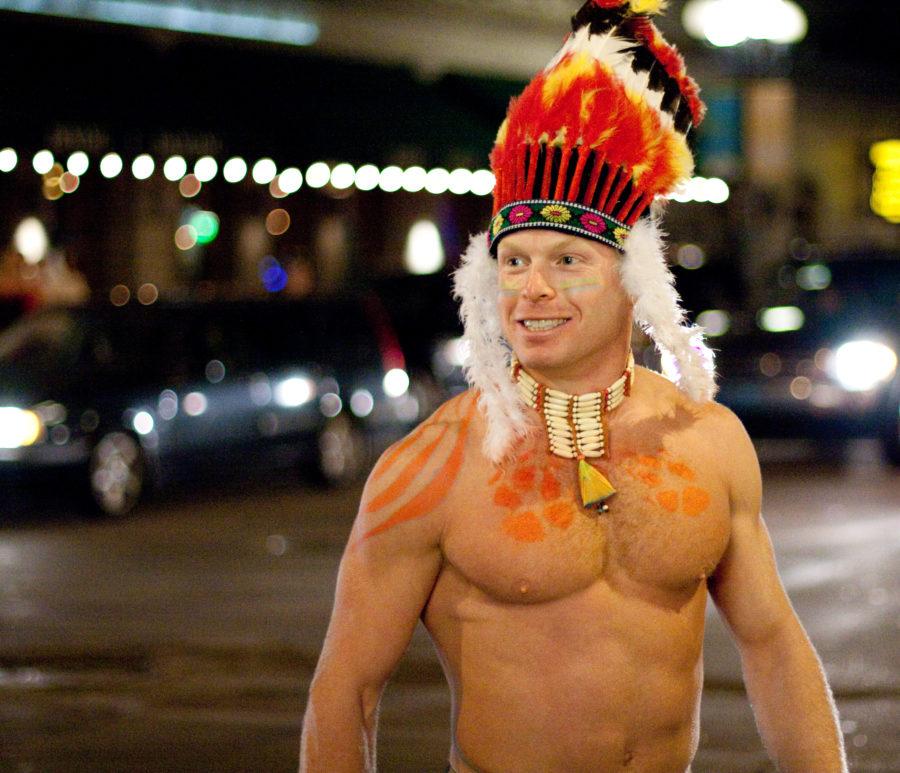 Remember a time when Halloween was about ghouls, vampires, witches, ghosts and wizards? It simply is not all about the childish wonder once you reach the age when trick-or-treating becomes weird or something to be done in jest with groups of friends in college. It may be my own befuddlement and misplaced nostalgia that leads me to believe that the holiday becomes more and more egregious and bastardized as I grow older, but then I see a picture of a C-List celebrity or a high school acquaintance who has decided that their costume of choice will align itself with racism.

Few may have heard about how “Dancing with the Stars” “celebrity” Julianne Hough dressed as a character from the popular Netflix series Orange is the New Black: a black character.

The person in question who dressed up as said character is white.

For context’s sake let us do a little history review on blackface.

Blackface was a form of theatrical make-up that was used for around 100 years beginning in the 1830’s during vaudeville shows to depict highly offensive stereotypical depictions of a black person. These shows were hugely popular for white audiences.  Blackface was predominately used in minstrel shows: shows that were directly used as ways to show people of color as dim -witted, oafish characters after the Civil War.

It was put to bed, as an art form at least, after racial tensions lessened and the fight for the end of racism began.

You would hope that in 2013, 183 years after the documented beginning of blackface as an art form, that white people would not feel the need to don it as a costume; and yet every year you see someone putting the makeup on again.

This is not something limited to one race.

As of late there has been a campaign entitled “We’re a Culture, Not a Costume” that refers to races that have been impacted negatively by the ill-advised marketing of certain costumes. It began at Ohio University and showcases images such as an Hispanic young man holding a picture of a Mexican man in a donkey costume, an Asian girl with a Geisha costume, a Native American man holding a picture of a couple in stereotypical Indian garb, a Pakistani man with a picture of someone labeled as a terrorist.

These are pervasive stereotypes that are being perpetuated and encouraged by a popular holiday, especially at the age when a person is trying to seek out his or her identity.

Here is the message plain and simple: if you are white, do not do blackface. Do not use Halloween as an excuse to play on idiotic urges, and do not mock a culture. You will not be any worse for doing any of the aforementioned, you will only be helping boycott a nasty trend that has popped up more and more in recent years when social media has allowed us to share these instances. If you are white you are in no fear of being marginalized for your race, so do everyone else a favor and dress up as Captain America, a cat, Harley Quinn or maybe even a mermaid, whatever floats your boat really, just think before you act and try and forgo the racism.

Halloween is a child’s holiday, not an excuse to behave as if you have the mind of one.