Opinion: Verdict in on gang rape in India 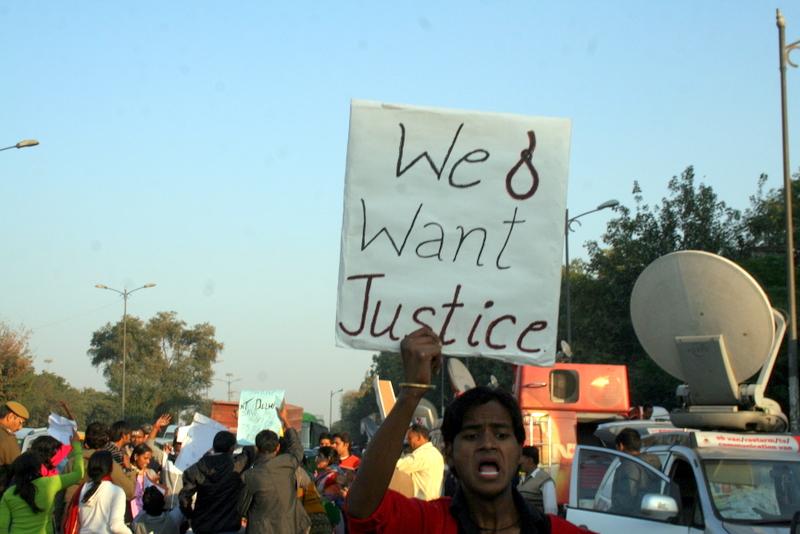 The four men accused of raping and murdering a 23-year-old woman in India were sentenced to death by hanging on Sept.13.

Seven months ago, a young woman was beaten and gang raped by the group of young men. She was then dumped on the side of the road along with her male friend who had been beaten.

The men had found her and the friend while driving a New Delhi bus and had tricked them into getting into the vehicle, which appeared on all accounts to be safe. She and her friend were beaten and she was held down while repeatedly sexually attacked. She was taken to a hospital where she was treated for intensive injuries that resulted in the removal of internal organs. She died two weeks later in a hospital in Singapore.

The four men stood in court with Judge Yogesh Khanna who said that the court could not ignore cases such as the bus attack in December. The judge called it “the rarest of rare category,” one deserving capital punishment. This is a crime that’s drawn international attention due to the protests inspired in the country about sexual violence in India.

Protestors this week have been asking for the death penalty for the attackers – Akshay Thakur, Vinay Sharma, Pawan Gupta and the younger brother of the bus driver. Two others were involved, one of which was tried as a minor and the other who hanged himself in prison. After the announcement there was an enthusiastic response from the crowd in and outside of the courtroom. However, there are some human rights activists  who are calling for the courts to take a second look at the judgment, saying that no matter how harmful the crime, death is never the answer. The four men’s lawyers will also be looking for an appeal for life in prison rather than capital punishment in the following weeks.

Sexual violence has distressingly often been a crime swept under the rug all over the world. It happens and people acknowledge it, but not without a moment of hesitation or doubt. There are still newscasts that say that the victim involved may be lying; in the Steubenville sexual assault case the news made sure to paint the attackers, young football players, as the victims of the crime. Girls are still told to never walk alone, to never dress in a way that may appear provocative to men who can’t resist their urges, to invest in pepper spray, walk in the middle of the street, and never ever appear to be an easy target.

For women there is a fair share of rules to safely exist day-to-day in a safe environment. The case in India and the verdict are a step in a direction that hints at progress leading to the question: will this case reduce the number of sexual assault cases seen in India?

The brutality of the assault led to demonstrations and debates about women’s treatment in Indian society and the introduction of harsher punishments for sexual abuse. According to the Indian Government Statistics, a woman is raped every 22 minutes on average. Victims in the past (in much of the world, including the U.S.) were blamed for the sexual assault and usually fearful of bringing the attack to attention because of stigma, judgment or trauma by their peers and family.

The ruling serves as a message to the collective Indian public and hopefully anyone following the case. If there is any silver lining to come from such a heinous attack, it is the hope for a growth in awareness and consequences to the atrocities women face at the hands of sexual abusers.